Skip to content
THE BEATLES MAKE THEIR US CONCERT DEBUT IN 1964. On this day, February 11th in 1964, the Beatles made their live concert debut in the US at the Washington Coliseum. Over 350 police surrounded the stage to keep the 8,000 plus screaming fans in control. One police officer who found the noise so loud stuck a bullet in each ear as ear plugs. The Beatles had to stop three times and turn Ringo’s drum kit around and re-position their microphones so that they faced a different part of the audience. The set list: ‘Roll Over Beethoven’, ‘From Me to You’, ‘I Saw Her Standing There’, ‘This Boy’, ‘All My Loving’, ‘I Wanna Be Your Man’, ‘Please Please Me’, ‘She Loves You’, ‘I Want to Hold Your Hand’, ‘Twist and Shout’, and ‘Long Tall Sally’. 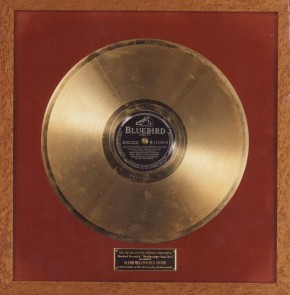 FIRST GOLD RECORD AWARDED TODAY IN 1942: On this day, February 10th, in 1942, ‘Chattanooga Choo Choo’ by Glenn Miller and his Orchestra became the first recording to be awarded a Gold record. It was actually just a master copy of the disc sprayed with gold lacquer by RCA as a publicity stunt. The actual award recognized today as a Gold Record would not be initiated for another sixteen years when the Recording Industry Association of America (RIAA) borrowed the idea and trademarked the Gold Record. The first Gold single was awarded to Perry Como in 1958 for ‘Catch A Falling Star’ and the first Gold album was given to Gordon McRae for the soundtrack to ‘Oklahoma’.
Happy Birthday: Roberta Flack and Cliff Burton

THE BEATLES MAKE LIVE US DEBUT: On this day in music, February 9, 1964, the Beatles made their US live debut on CBS-TV’s ‘The Ed Sullivan Show.’ They performed five songs including their current No.1 ‘I Want To Hold Your Hand.’ The show was watched by an estimated 73 million people and had received over 50,000 applications for the 728 seats in the TV studio.

THE DAY THE MUSIC DIED: On this day, February 3rd, in 1959, 22 year old Buddy Holly, The Big Bopper and Ritchie Valens, age 17, died in a crash shortly after take-off from Clear Lake, Iowa, The pilot of the single-engined Beechcraft Bonanza plane was also killed. Holly hired the plane after heating problems developed on his tour bus. All three were traveling to Fargo, North Dakota for the next show on their Winter Dance Party Tour which Holly had set – covering 24 cities in three weeks, to make money after the break-up of his band, The Crickets, the previous year. 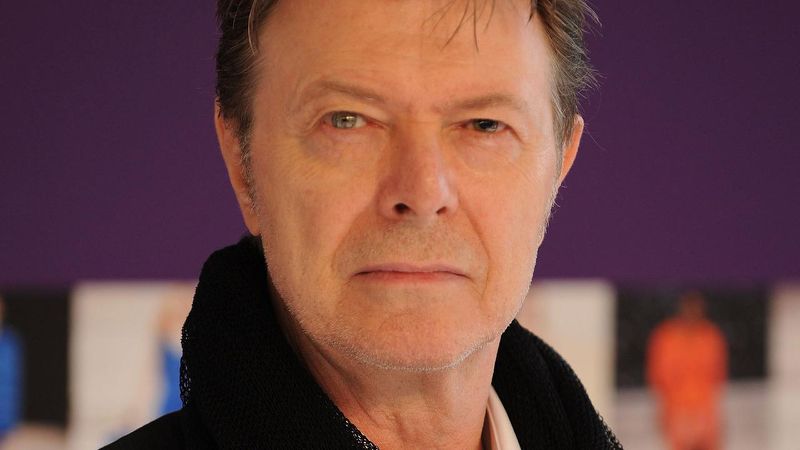 David Bowie has died after a battle with cancer, his representative confirmed to The Hollywood Reporter.

“David Bowie died peacefully today (January 10, 2016) surrounded by his family after a courageous 18 month battle with cancer. While many of you will share in this loss, we ask that you respect the family’s privacy during their time of grief,” read a statement posted on the artist’s official social media accounts.

Bowie’s artistic breakthrough came with 1972’s The Rise and Fall of Ziggy Stardust and the Spiders From Mars, an album that fostered the notion of rock star as space alien. Fusing British mod with Japanese kabuki styles and rock with theater, Bowie created the flamboyant, androgynous alter ego Ziggy Stardust.

Three years later, Bowie achieved his first major American crossover success with the No. 1 single “Fame” off the top 10 album Young Americans, then followed with the 1976 avant-garde art rock LP Station to Station, which made it to No. 3 on the charts and featured top 10 hit “Golden Years.”

With his different-colored eyes (the result of a schoolyard fight) and needlelike frame, Bowie was a natural to segue from music into curious movie roles, and he starred as an alien seeking help for his dying planet in Nicolas Roeg’s surreal The Man Who Fell to Earth (1976). Critics later applauded his three-month Broadway stint as the misshapen lead in 1980’s The Elephant Man.

Bowie also starred in Marlene Dietrich’s last film, Just a Gigolo (1978), portrayed a World War II prisoner of war in Merry Christmas Mr. Lawrence (1983), and played Pontius Pilate in Martin Scorsese’s The Last Temptation of Christ (1988). And in another groundbreaking move, Bowie, who always embraced technology, became the first rock star to morph into an Internet Service Provider with the launch in September 1998 of BowieNet.

Born David Jones in London on Jan. 8, 1947, Bowie changed his name in 1966 after The Monkees’ Davy Jones achieved stardom. He played saxophone and started a mime company, and after stints in several bands he signed with Mercury Records, which in 1969 released his album Man of Words, Man of Music, which featured “Space Oddity,” a poignant song about an astronaut, Major Tom, spiraling out of control.

In an attempt to stir interest in Ziggy Stardust, Bowie revealed in a January 1972 magazine interview that he was gay — though that might have been a publicity stunt — dyed his hair orange and began wearing women’s garb. The album became a sensation.

Wrote rock critic Robert Christgau: “This is audacious stuff right down to the stubborn wispiness of its sound, and Bowie’s actorly intonations add humor and shades of meaning to the words, which are often witty and rarely precious, offering an unusually candid and detailed vantage on the rock star’s world.”

Bowie changed gears in 1975. Becoming obsessed with the dance/funk sounds of Philadelphia, his self-proclaimed “plastic soul”-infused Young Americans peaked at No. 9 with the single “Fame,” which he co-wrote with John Lennon and guitarist Carlos Alomar.

After the soulful but colder Station to Station, Bowie again confounded expectations after settling in Germany by recording the atmospheric 1977 album Low, the first of his “Berlin Trilogy” collaborations with keyboardist Brian Eno.

In 1980, Bowie brought out Scary Monsters, which cast a nod to the Major Tom character from “Space Oddity” with the sequel “Ashes to Ashes.” He followed with Tonight in 1984 and Never Let Me Down in 1987 and collaborations with Queen, Mick Jagger, Tina Turner, The Pat Metheny Group and others. He formed the quartet Tin Machine (his brother Tony played drums), but the band didn’t garner much critical acclaim or commercial gain with two albums.

Bowie returned to a solo career with 1993’s Black Tie White Noise, which saw him return to work with his Spider From Mars guitarist Mick Ronson, then recorded 1995’s Outside with Eno and toured with Nine Inch Nails as his opening act. He returned to the studio in 1996 to record the techno-influenced Earthling. Two more albums, 1999’s hours … and 2002’s Heathen, followed.

Bowie also produced albums for, among others, Lou Reed, The Stooges and Moot the Hoople, for which he wrote the song “All the Young Dudes.” He earned a lifetime achievement Grammy Award in 2006. 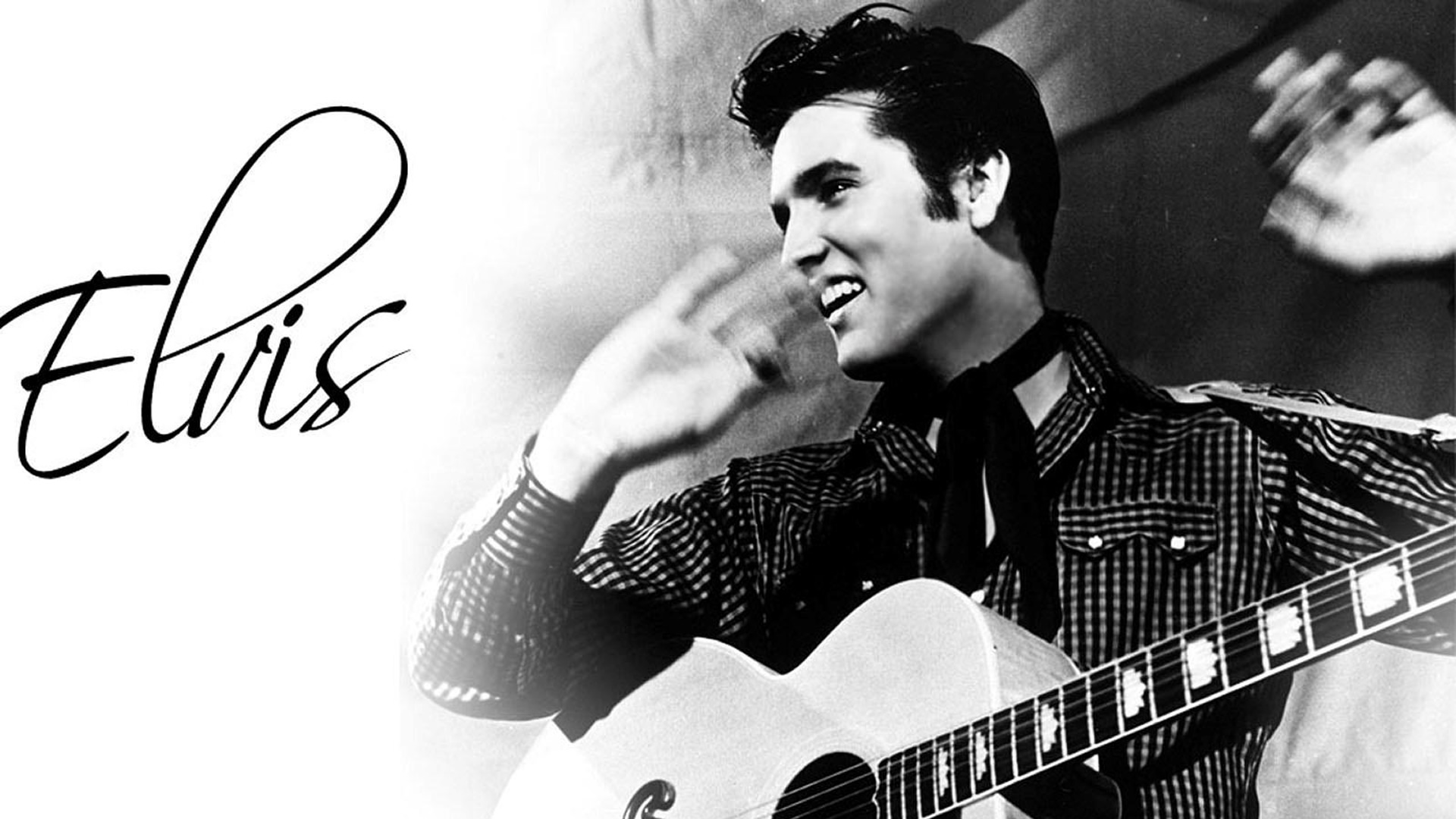 HAPPY BIRTHDAY TO THE KING! On this day in 1935, Elvis Aaron Presley, the King of rock ‘n’ roll, was born. He had his first No.1 in 1956 with ‘Heartbreak Hotel’. Presley went on to have over 100 US & UK Top 40 singles from 1956 – 2006. Presley is one of the most celebrated and influential musicians of the 20th century, with estimated record sales of around 600 million units worldwide. Elvis Presley died on August 16th 1977.

CINCINNATI TRAGEDY IN 1979: On this day (December 3rd) in 1979, a concert by The Who at The Riverfront Coliseum, Cincinnati, turned to disaster when 11 members of the audience were trampled to death after a stampede to claim unreserved seats, another 26 fans were injured. The concert was using ‘festival seating’ where seats are available on a first come-first served basis. When the waiting fans outside the Coliseum heard the band performing a late sound check, they thought that the concert was beginning and tried to rush into the still-closed doors.

MARIAH CAREY CREATES CHART HISTORY! On this day (December 2nd) in 1995, Mariah Carey went to No.1 on the US singles chart with her duet with Boyz II Men ‘One Sweet Day’. It made Carey the first artist in history to have two consecutive single debut at No.1, ‘Fantasy’ being her first. 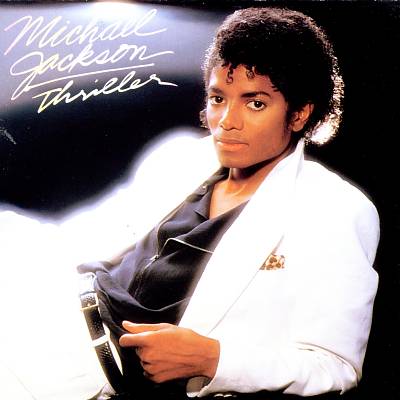 MICHAEL JACKSON RELEASES “THRILLER” IN 1982, On this day (November 30th) in 1982, Michael Jackson’s “Thriller” album was released by Epic Records. The album became the biggest selling pop album of all time with sales of over 50 million copies worldwide. The album won a record-breaking eight Grammy Awards in 1984 including Album of the Year. Seven singles, out of the nine songs recorded on the album, were released over a one year period with all reaching the top 10 on the Billboard Hot 100. Thriller still sells an estimated 130,000 copies worldwide per year. 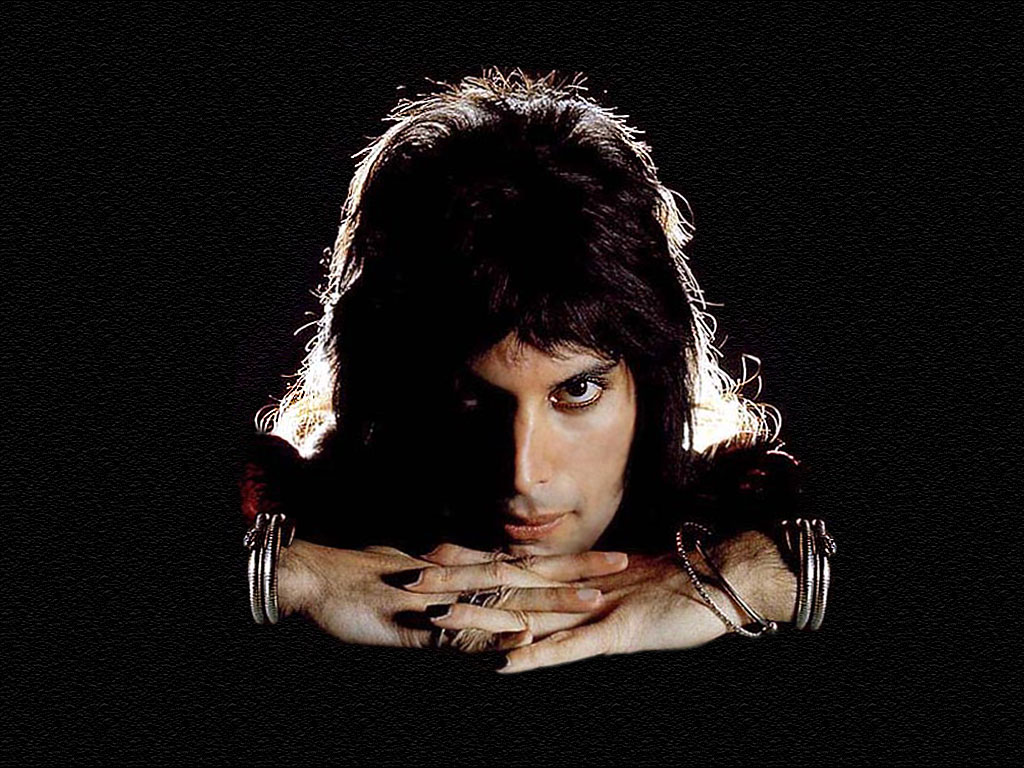 REMEMBERING FREDDIE MERCURY: On this day (November 24th) in 1991, Freddie Mercury, best known as the lead vocalist and songwriter of the rock band Queen, died at his home in London’s Holland park at the age of 45. As a performer, he was known for his flamboyant stage persona and powerful vocals over a four-octave range. As a songwriter, he composed many hits for Queen, including “Bohemian Rhapsody,” “Killer Queen,” “Somebody to Love,” “Don’t Stop Me Now,” “Crazy Little Thing Called Love,” and “We Are the Champions.” Mercury also led a solo career, and also occasionally served as a producer and guest musician (piano or vocals) for other artists.
Happy Birthday: Pete Best, Clem Burke, and Chris Hayes.